“The biggest challenge with retail store execution is simply “not knowing what you don’t know.” It is impossible to see every execution, so you assume everything went flawlessly – though that is not always the case.”

Getting the perfect store execution is hard! It is one of the most complex, labor-intensive operations in the retail industry. But this challenge intensifies manifolds when it comes to strategizing retail execution for new product launches.

According to a study by Harvard Business School, every year more than 30,000 new consumer products are launched and almost 80% of them fail. According to a similar study done by the University of Toronto, the failure rate for new products launched in the grocery sector is 70 to 80 percent. Nielsen published its statistics that more than 85% of new CPG products fail within the first year of their launch.

The stats are scary and alarming! So much so that it is almost discouraging for brands to experiment around and launch new products.

These findings compel market researchers to find out the biggest reason behind this failure.

Although it is hard to stress upon one particular reason, a Harvard Business School Review article states that “the biggest problem we’ve encountered is lack of preparation: Companies are so focused on designing and manufacturing new products that they postpone the hard work of getting ready to market them until too late in the game.”

The performance of the products relates directly to how it is placed on the shelf. This usually means that the actual scenario matches the decided compliance standards: the product is placed at eye-level, all the facings are clearly visible, the products are present in the right numbers, the promotional compliance is at-par.

A study conducted by ParallelDots on Perfect Store Execution for NPD

To obtain a better perspective on how things complicate when it comes to retail execution for new launches, let us look at a study done by ParallelDots for one of the biggest FMCG companies in Asia for tracking retail execution of its newly launched beverages. This study was conducted two weeks after the launch. Using ShelfWatch, our state-of-the-art image recognition solution, the company was able to determine the gaps in its execution strategy and take the required corrective measures.

The company launched beverages in brand-new packaging. The aim was to successfully launch the new product alongside the already existing products of the beverage.

For the initial launch, the company targetted selected stores in two different cities. The number of targetted stores in Region 1 and Region 2 was 1110 and 630 respectively. The new products were placed alongside the older versions on the aisle and the refrigerator.

The strategy also included placing more products in the refrigerator than on the aisles.

Special merchandising was also used to promote the new product.

The result after two weeks of launch

35% of the targetted stores did not have the products. In stores where the product was available, the execution was not at eye-level. Also, the presence of the product in refrigerators was much lower when compared to the aisles. The special merchandising was also found to be impure in multiple stores in both cities.

As a result, around 50% of the retailers removed the product from the shelves within two weeks of launch.

Due to the lack of an effective execution tracking solution, the company was unable to drill-down the gaps in its execution strategy and take corrective measures on time. Moreover, delayed insights also meant that they could not keep up with the rapidly changing market trends and devise a marketing strategy accordingly.

Deploying ShelfWatch is easy and hassle-free. Even for new launches, no extra effort is needed. With low training set-up time, one good quality image of the SKU is all it takes to setup ShelfWatch for product recognition. The training takes less than 48 hours to complete and then ShelfWatch is ready to provide insights from the real-world.

Unlike other retail execution solutions that require an active internet connection at all times to provide insights, ShelfWatch can be used in offline mode as well. The reps get an instant image quality feedback, even in no internet zone, to help them take corrective measures while still in store.

ShelfWatch gives near real-time KPI feedbacks using image analysis and deep learning that are directly transferred to the ShelfWatch cloud for detecting POSM and SKUs. Our detailed Insight dashboard provides competitive analysis by count, presence, shelf area covered by SKUs and POSMs, brand presence across stores, and geographical breakdown over a map overlay.

One of the lesser-known but important benefits of ShelfWatch is that it makes your organization’s innovation launch process more robust. By providing detailed insights into every aspect of execution- from merchandising to promotional compliance- we help you strategically break-down and eliminate possibilities until you find the actual cause of the failure.

ShelfWatch also helps you track innovation execution of competition and learn from their strategies from the data already at hand.

Liked the blog? Read our other blog to learn what makes ShelfWatch stand-out from the competition.

Want to see how your own brand is performing on the shelves? Click here to schedule a free demo for ShelfWatch. 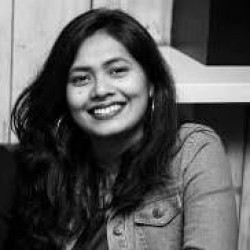 Reashikaa Verma
Reashikaa Verma is the Content Marketing Manager at ParallelDots. When not blogging about the benefits of the image recognition technology in retail, she divides her time between reading, binge-watching, and petting dogs